At the on-line job board StepStone I became a professional web developer.

My career started as a web master and template designer working from Photoshop PSD files into HTML templates which could be maintained and edited using Dreamweaver, and progressed on to programming complete websites including complex user forms and result lists using ColdFusion in Eclipse and Aptana web studio.

My main tasks included producing browser independent, maintainable HTML pages for job posting templates and later on the actual web platforms which powered StepStone and in those days Internet Explorer 6 was deemed the coolest browser.

That meant however that the major part of the HTML of all sites was still constructed using TABLES and FONT tags. I was one of the first people at StepStone to introduce the move to CSS style sheets and apply DIV based layouts. Style sheets were just available as the way to go forward. Sites and resources which I refered to were mostly SitePoint.com and the multiple design books they published.

The idea of implementing semantic HTML was also novel at the time and I openly defended that the best way to format a list of job requirements was not by means of BR tags, but to use an actual UL LI combination. Also the concept of using P tags vs BR tags was not always easy to explain. I managed to make most colleagues see the advantages of applying the semantic concepts which also proved their worth in the newly evolving branch of Search Engine Optimization.

Heck, there wasn’t even browser support for something as straight-forward today as “rounded corners”. We had to resolve to using positioned DIV with images!

For a long time Dreamweaver was my trusted tool to create the templates, of which I made good use of its extensive template system where you could create a master template and spawn of nested templates while keeping flexibility in how the content was shown through the use of template variables.

We made whole websites, which are still running today, using the Dreamweaver template system, before StepStone moved to the way more powerful CommonSpot CMS system. 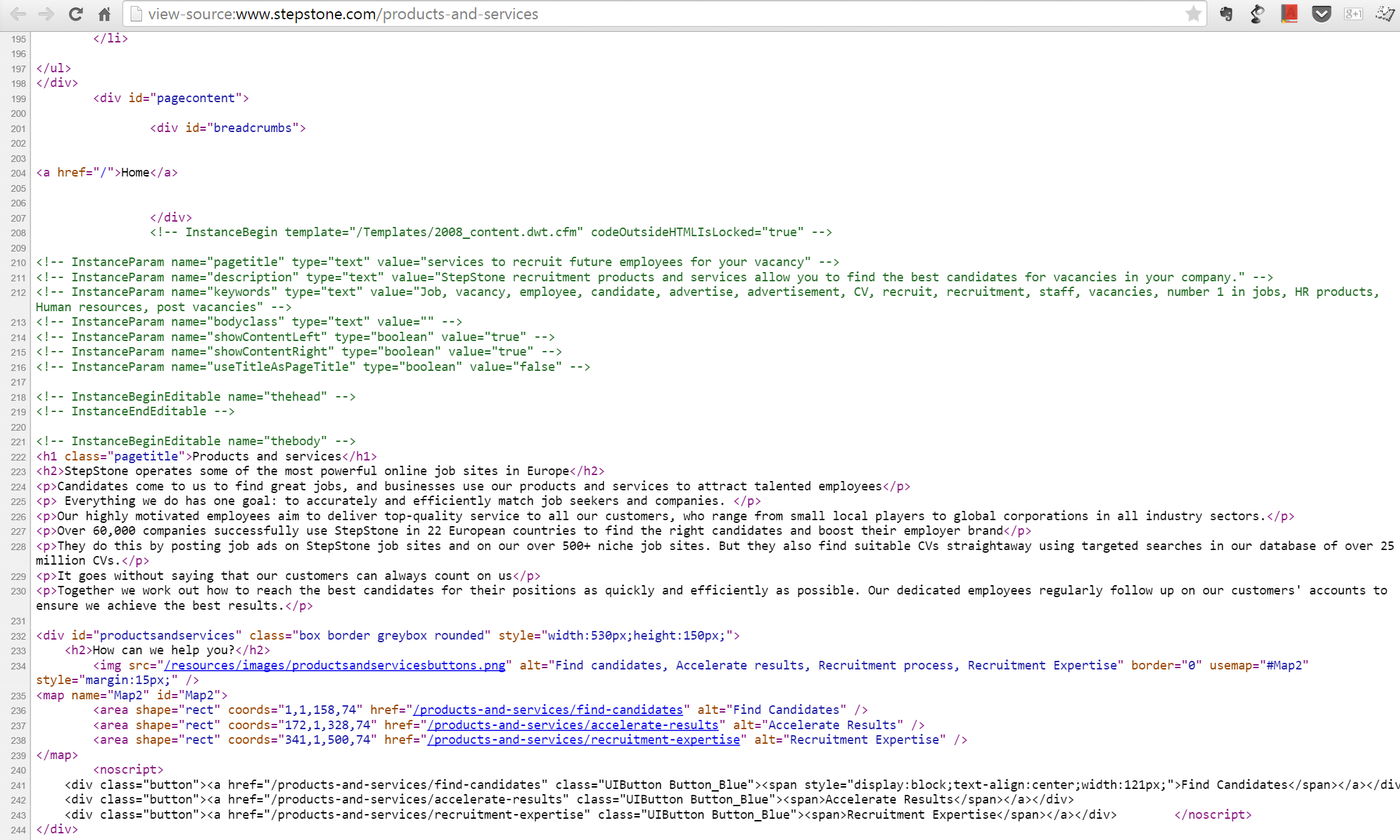 Later I moved onto Eclipse with Aptana Web Studio IDE to work on the ColdFusion code and main website code.

During my time at StepStone I had the pleasure to work together with colleagues from Poland, Germany, Holland, France, Sweden, Denmark and Norway and I worked mostly in Brussels where I learned to speak some French.

StepStone also allowed me to move to Germany, which I am still very grateful for.